Hi there everybody, My name is Steve, i'm a 24 year old tattoo'd dude from Pittsburgh, PA! Working 2 jobs; Best Buy and Petco..I'm also training to be a pro wrestler..I travel all over the states and Canada for "Backyard" wrestling and concerts. I got my first scorpion at 15, it was an emperor scorpion..I was fascianated by it..then on my 16th birthday to my surprise, my scorpion gave birth..Needless to say, as a kid I was not ready for this clutch and had the incorrect substrate and stuff..none of the brood made it

..so Then I wanted to get a male,..now that I knew mine was female so I went to buy one and spotted another pregnant one..so then I had 3.. and in short time, this new female gave birth...the babies lasted about a week (I didn't separate the momma from the other scorpion..which is why I think I lost them

)...fast foreward a few years later and I was scorpionless..I had 2 iguanas and a uromastyx and being much older, I had a bigger appreciation for all animals. I wanted some scorpions again. I went to a reptile show, looking for another emperor..left with 2 Asian forest scorpions..(One was pregnant) Now, I've got 2 scorpions, 5 scorplings, 1 blue iguana, a uromastyx, 2 ferrets, and an alligator snapping turtle! I'm into rock and rall, aliens and predator stuff, video games. blah blah blah I'm an all around cool dude..into wrestling? lets chat! 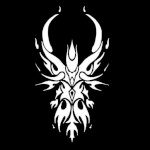