In late August of 2010, I found this large female while black-light hunting in a wooded park behind a residential area close to within the central proximity of Kuching city. 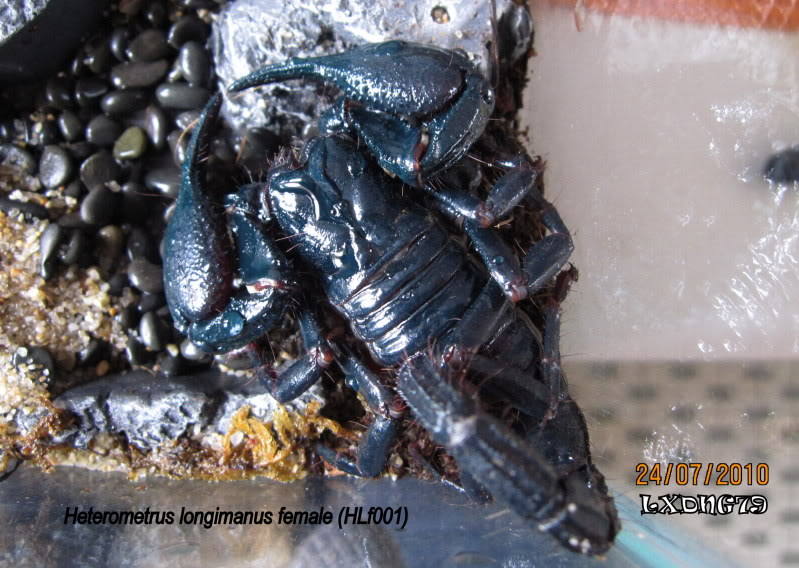 She was perched face down on the trunk of this tree roughly 2ft above ground level. Of the few instances that I've found H. longimanus in the wild, each time specimens were encountered oriented vertically on tree buttresses low to the ground, which supports ideas of this species being somewhat semi-arboreal in nature. 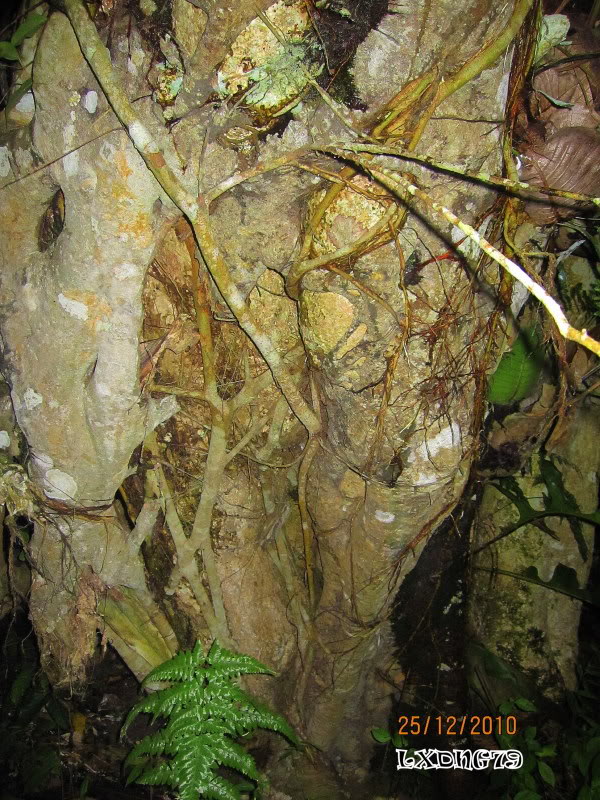 Evidence of scorpling shed caught on epiphyte tendrils within her proximity indicates that she recently weaned off a brood. She was the first adult female H. longimanus that I caught since I came back to Kuching, and since then I've caught many others in disparate locations around the city.

Between then and now, all females that I collected were kept in individual cubicles as depicted below. 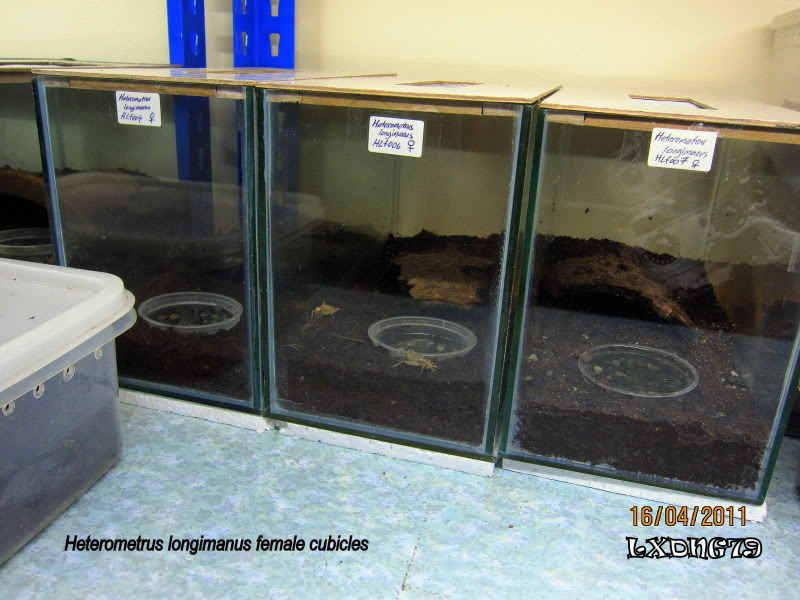 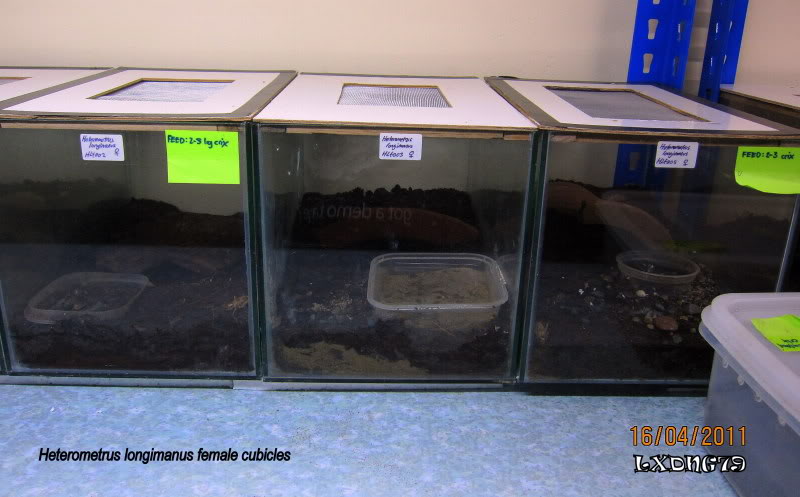 In the manner that she was found, I presumed that she would be ready to mate again, so I introduced one of the large males into her enclosure to see if she was responsive. She didn't seem to take interest and no mating was observed. The male was then removed the morning after and no spermatophore was found in the enclosure. 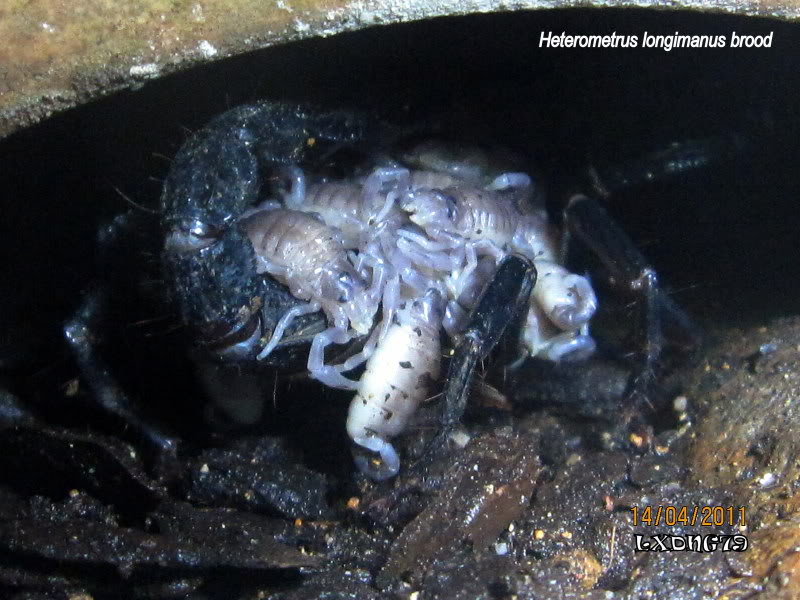 As, this brood was born not long after her capture, it is highly unlikely that it was a result of the brief introduction; especially when considering that gestation for this genus is known to be much longer. It is possible that this is a systemic brood. 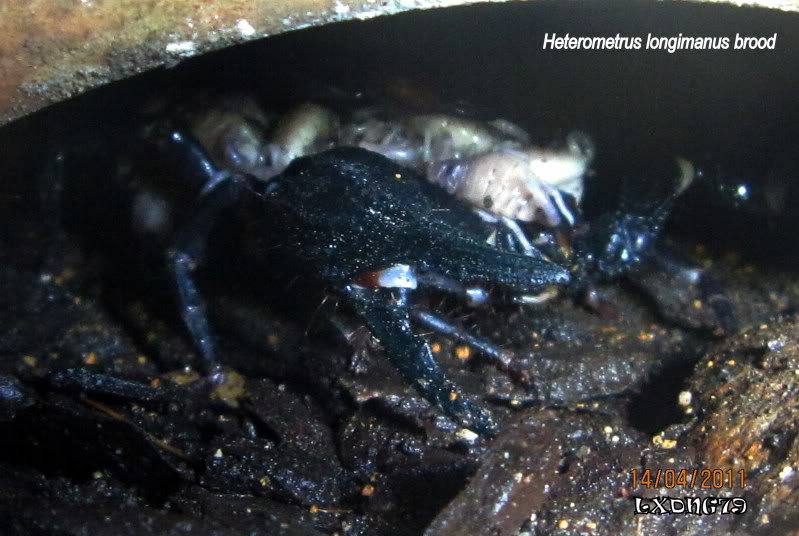 3 days later the young have molted to 2i 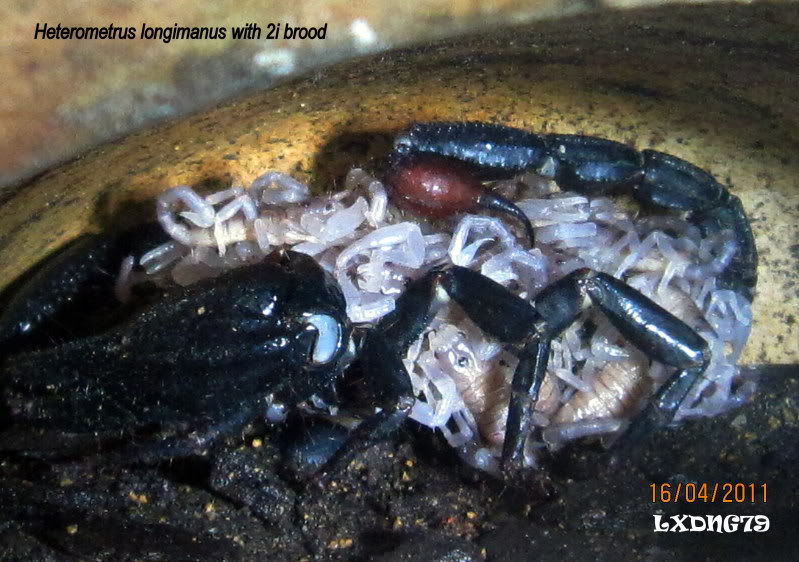 Will keep you posted on their progress. Cheers and best regards.