Watering ideas ! Awesome one inside 2-1

Watering ideas ! Awesome one inside 2-1

So recently I had a loss on one of my Bicolor 2i slings. I was misting a couple times a week. Due to the tropical weather where I am at. High humidity and temp are pretty bipolar sometimes.

Anyways, seeing as misting wasn't enough I began to source alternatives. Water bowls and something cheap at that. It would have to be small enough so that the sling would not die from the depth of the water and they would need easy access. I didn't want to use bottle caps, although they wouldn't be bad. I just didn't want to risk a lost. Not to mention they look bad and take up more space then I would want.

I'm currently housing my slings in 18 slot compartment divider boxes for bead assortment and what not. Like a tackle.

Anyways, space was limited and so were my aesthetic desires.

I couldn't find any small enough acrylic bowls online which sucks because I like them a lot. They are visually appealing and look clean in the environment.

A thought came to mind not too long ago. I had an idea of using sea shells. They come in all various sizes, shapes and variations of color. Big bonus on aesthetics, spacing issues and possible drowning.

I picked up some from the beach last week. I was sure to pick up a bunch of different sizes.

Basically they are the same as these from an image on google. 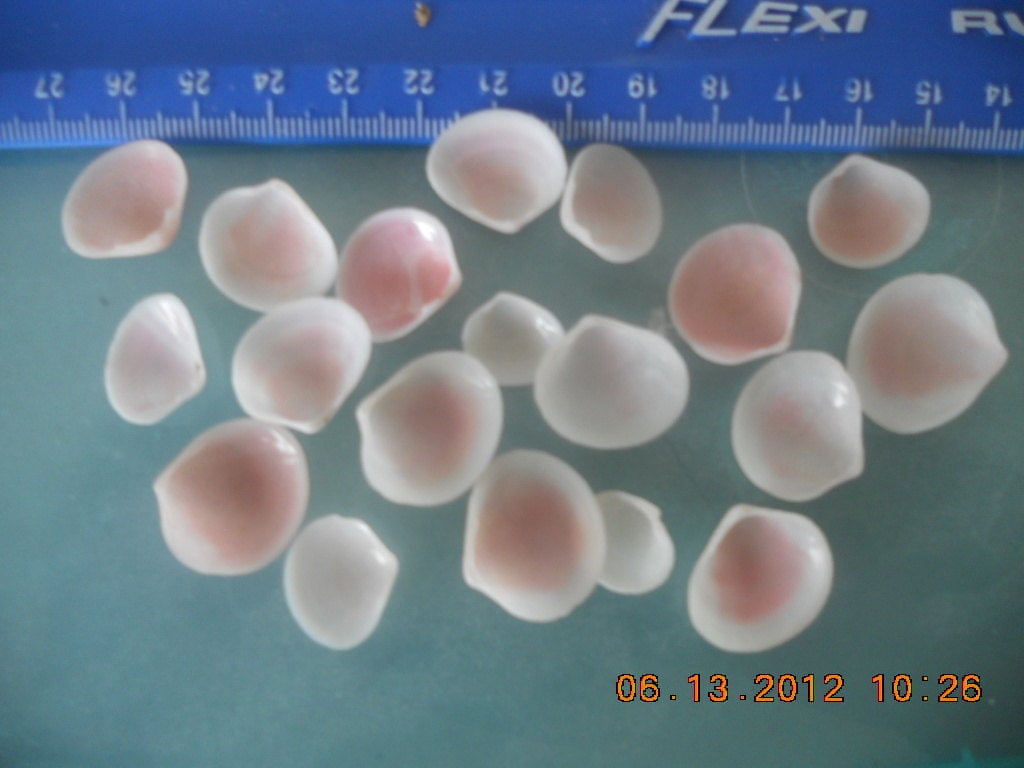 They are called cup sea shells if I recall correctly. Or crown, not sure.

Anyways you can find some of these online in cup sizes if you want to order. They are fairly cheap and you get a good amount of them. If you don't have a beach or shells readily available.

I just put them in my C.Gracilis colonial set up and 1 in each 2i sling compartment I have at the moment for my Bicolors and Hottentotta. Almost right away they sought out the opportunity to have a sip without any issues at all.

ALSO, be sure to inspect the shells inside and out for any cracks, holes or imperfections. Get the most smooth shells you can so that water doesn't leak through them and drain out. Would be kind of useless then xD.

I also had a few slightly bigger ones on hand. Instead of using those as a water bowl. I flipped them right side up and stuck them in the substrate just a little for them to use as a burrow. Worked wonderfully. They all seem to like it and I think its a nice investment to have around if you raise slings. It's just from my personal experience and issues I have had so far. Misting wasn't enough for me and I think the shells and slings will do just fine.

Let me know what other ideas you guys have had or came up with if misting isn't your thing. I tend to use wider bottle caps for my larger adult scorps instead. Shells would be more appealing IMO.

Re: Watering ideas ! Awesome one inside 2-1

Great idea. Thanks for sharing