So, just a few of my little critters, and some of the bigger ones

An early picture of my first scorpion, bought in January this year (she might be gravid now, judging by her size and behaviour these last weeks). She's a Heterometrus petersii lady, named Amara 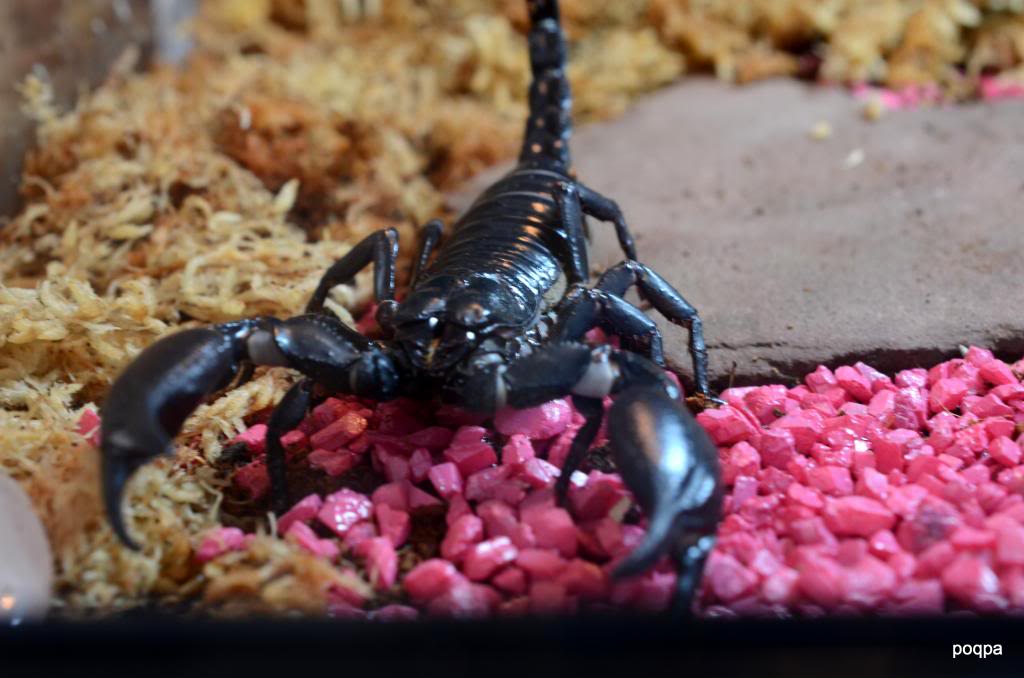 The male of my deceased pair of Rhopalurus junceus, which died because of some unknown chemical poisoning. The replacement male started showing the same symptoms, but after replacing everything in the enclosure, he survived! I bought an instar 4 and 3 instar 2's to make up for it. 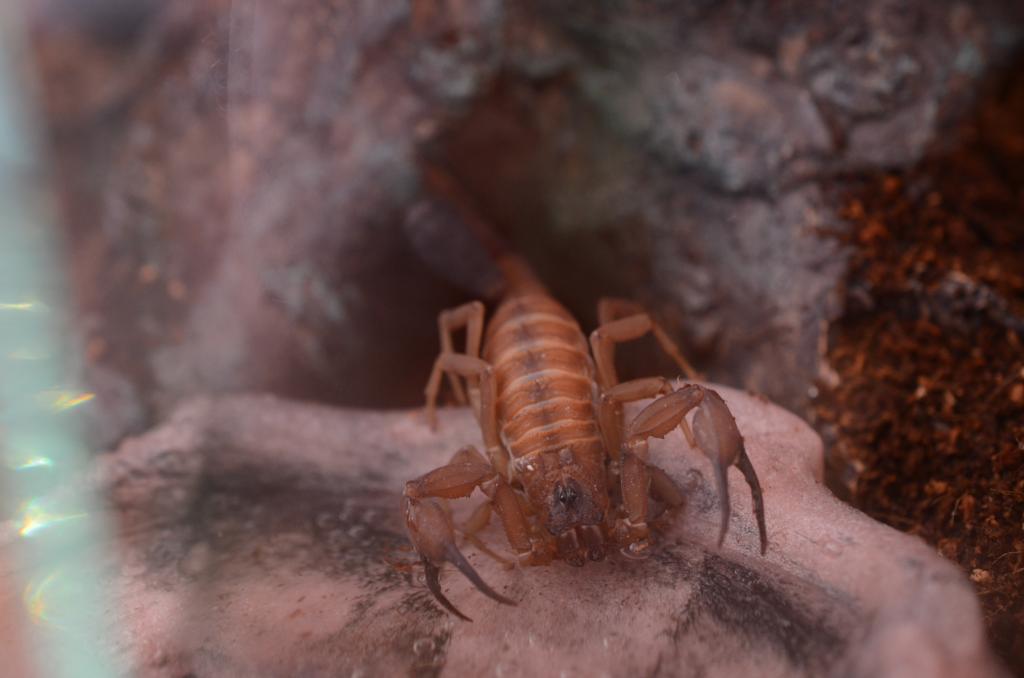 One of my two Liocheles waigiensis. This one died because of some unknown reason, but his larger brother/sister is doing great! 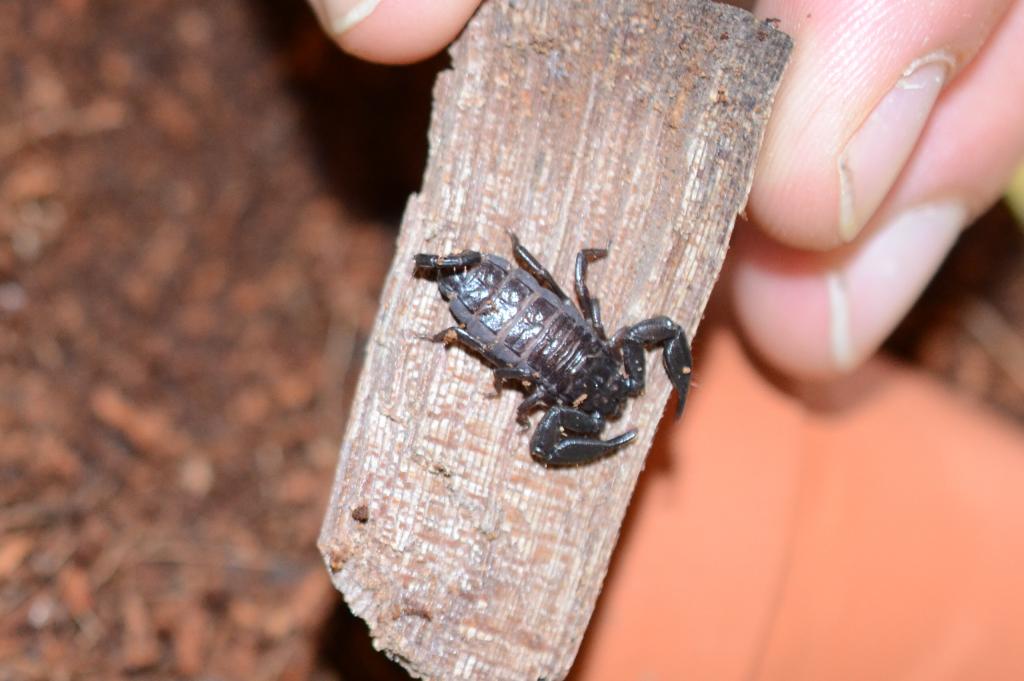 A male Paruroctonus boreus, one of my most recent arrivals

I've got a female as well, but my last two attempts to mate them didn't go well.. I'll just keep on trying! 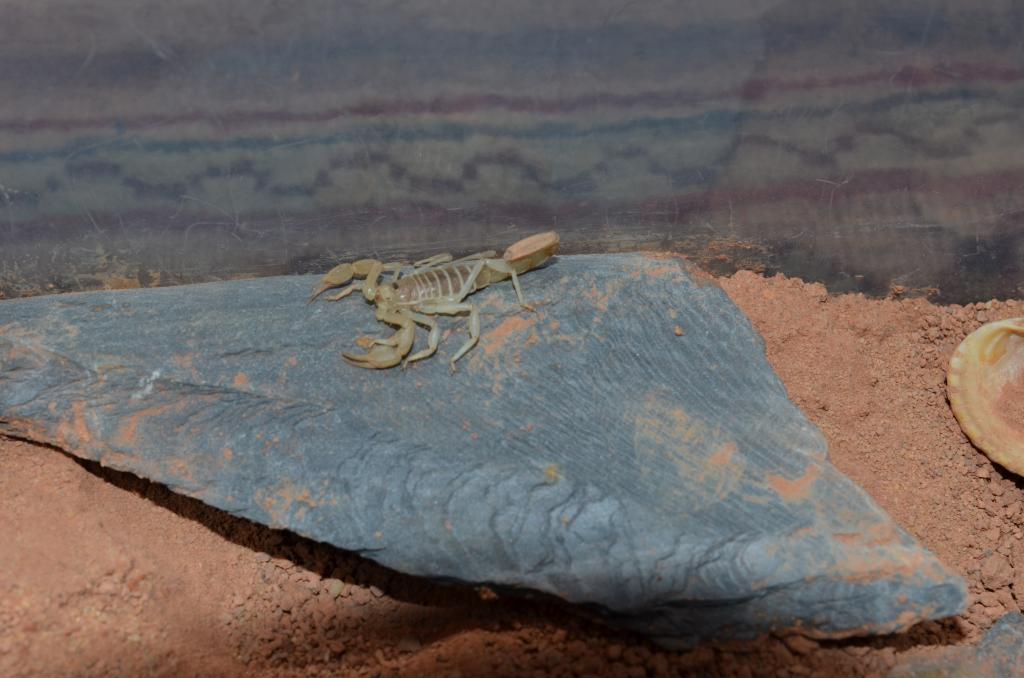 This little Hadrurus spadix instar 2 was a freebie, sent along with the Paruroctonus boreus pair! 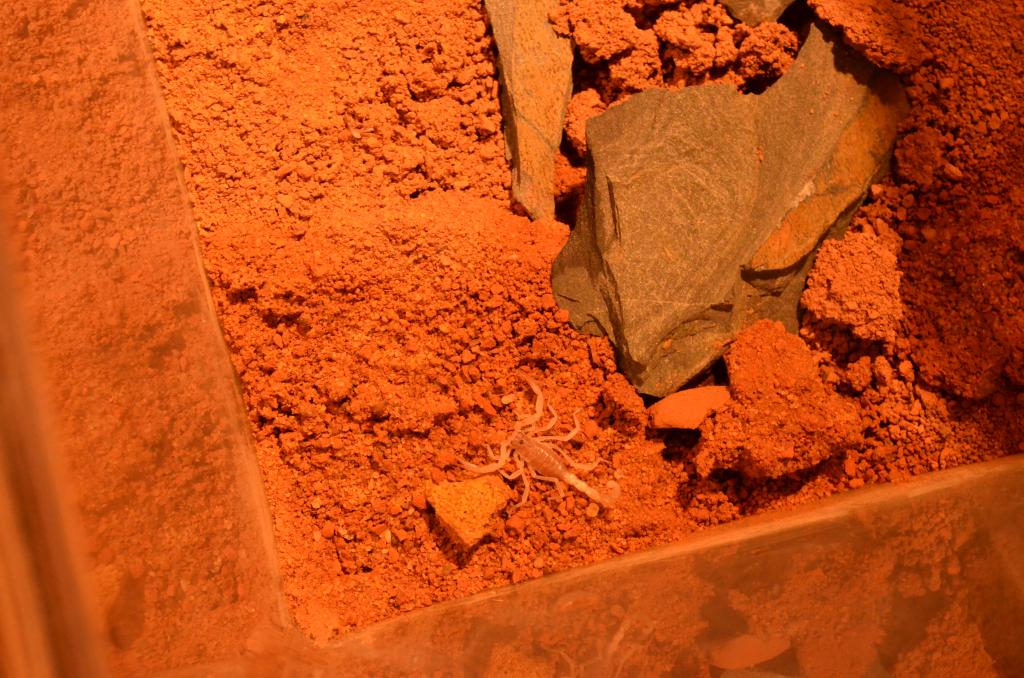 A Hadogenes troglodytes, age and sex unknown, captive bred. I bought her on an exhibition last month. 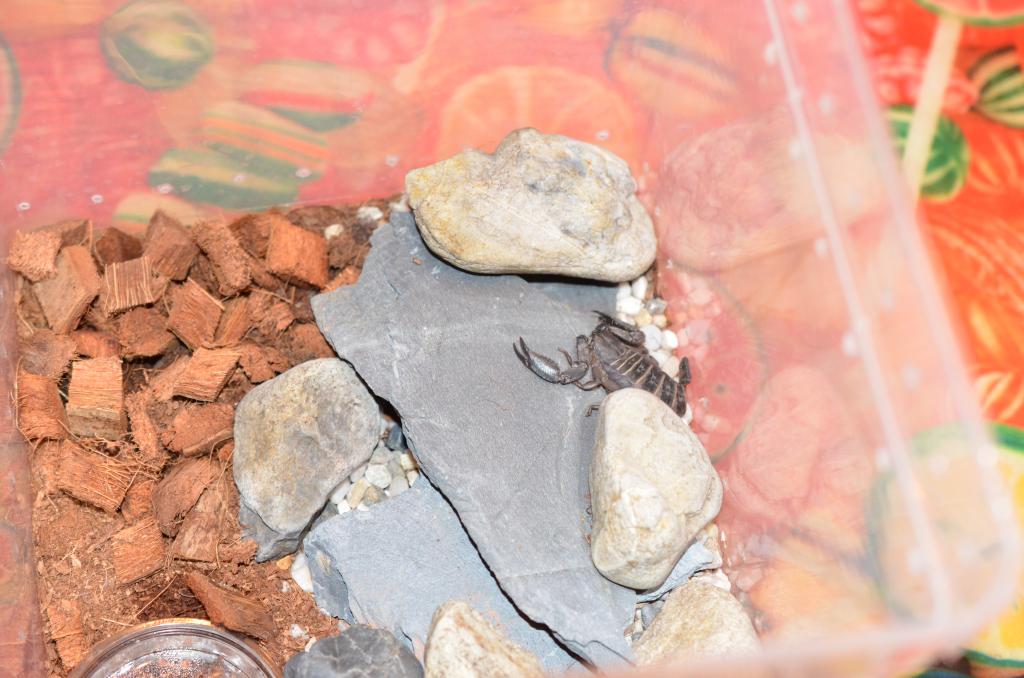 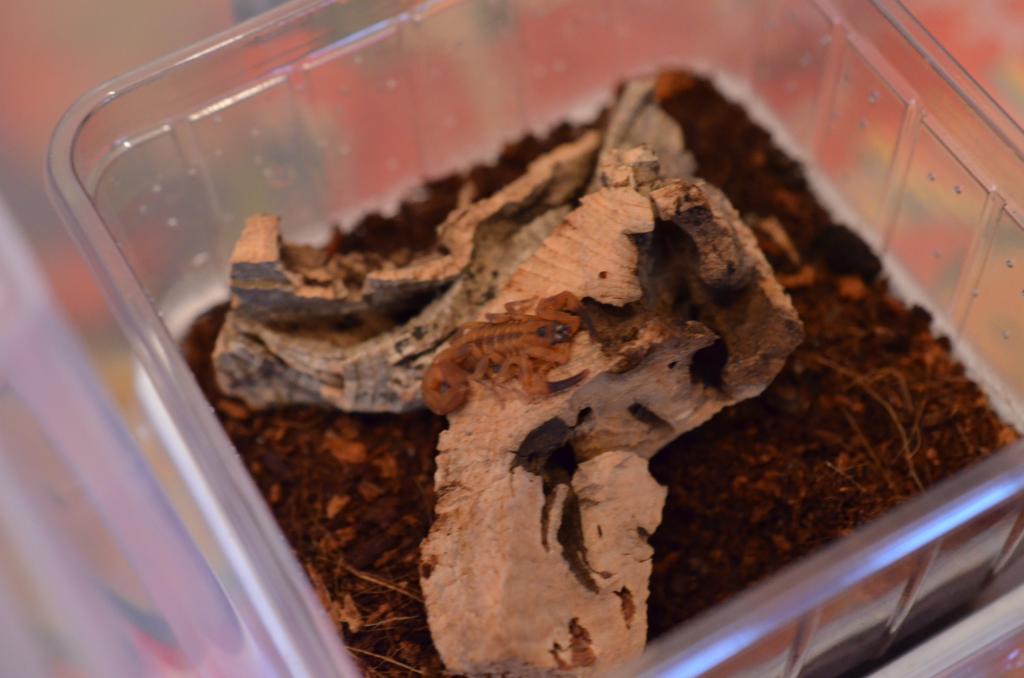 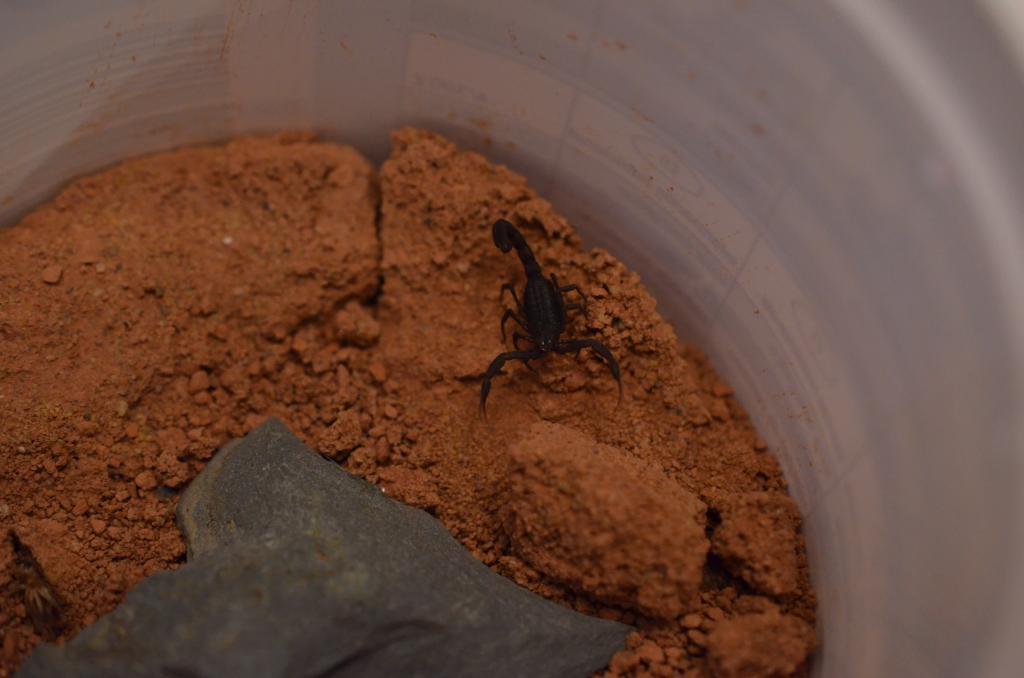 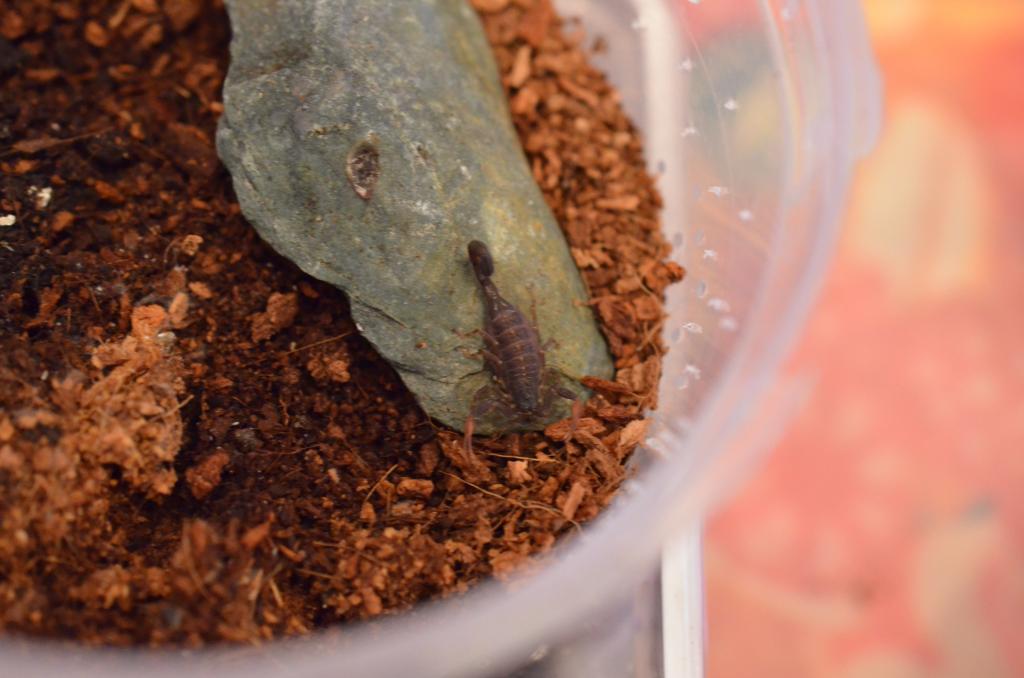 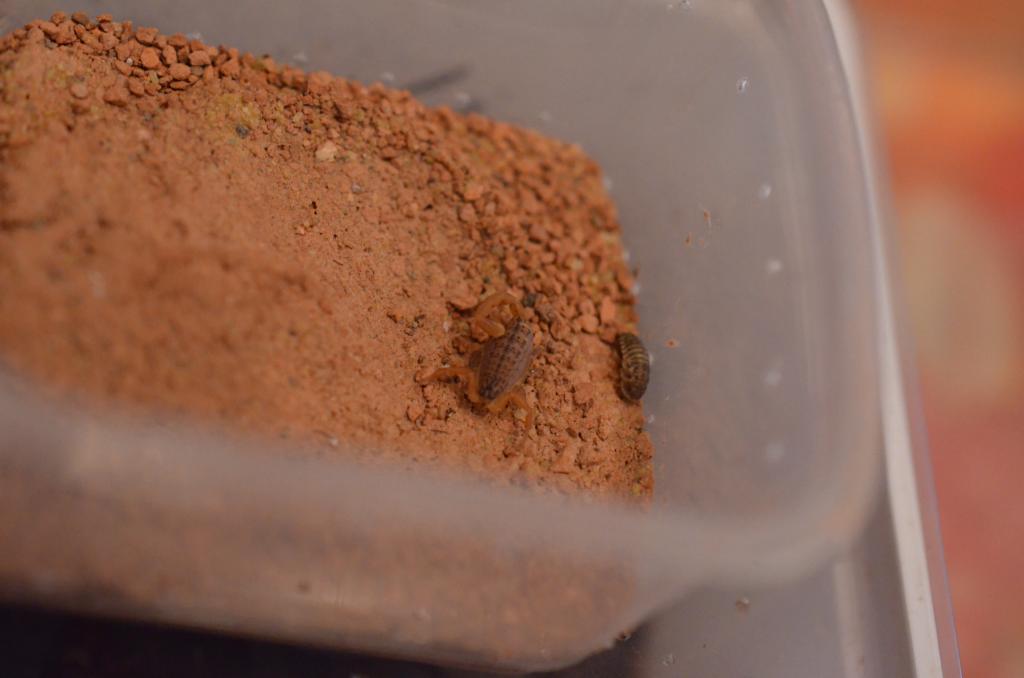 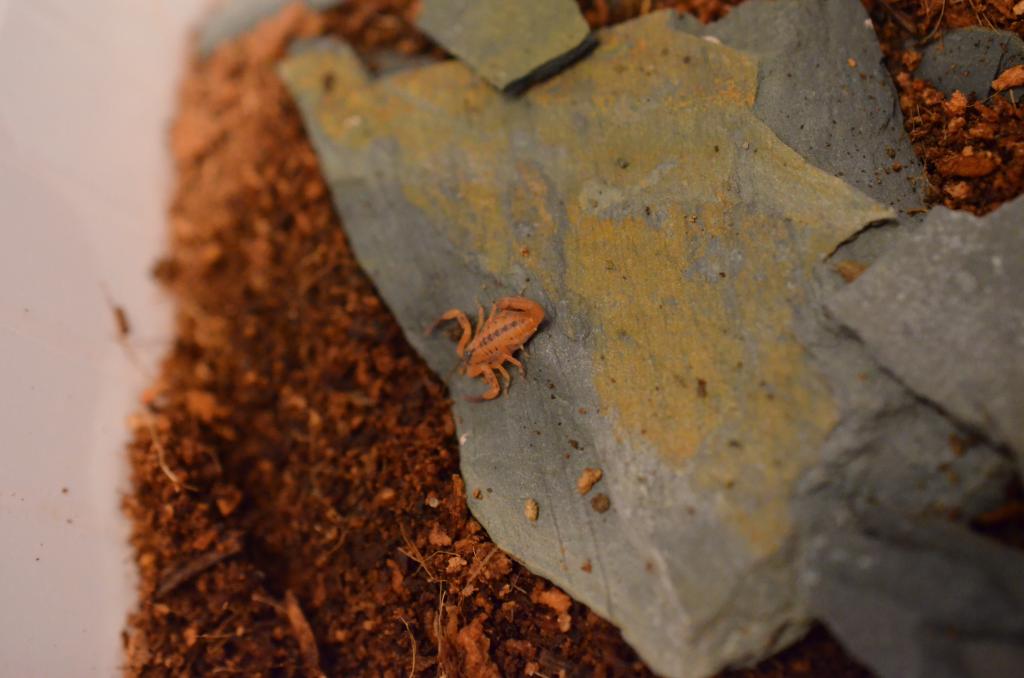 1.0.4 Rhopalurus junceus. This one is instar 3, as are its 2 siblings. The other unsexed one is instar 4, and there's an adult male, as I stated before 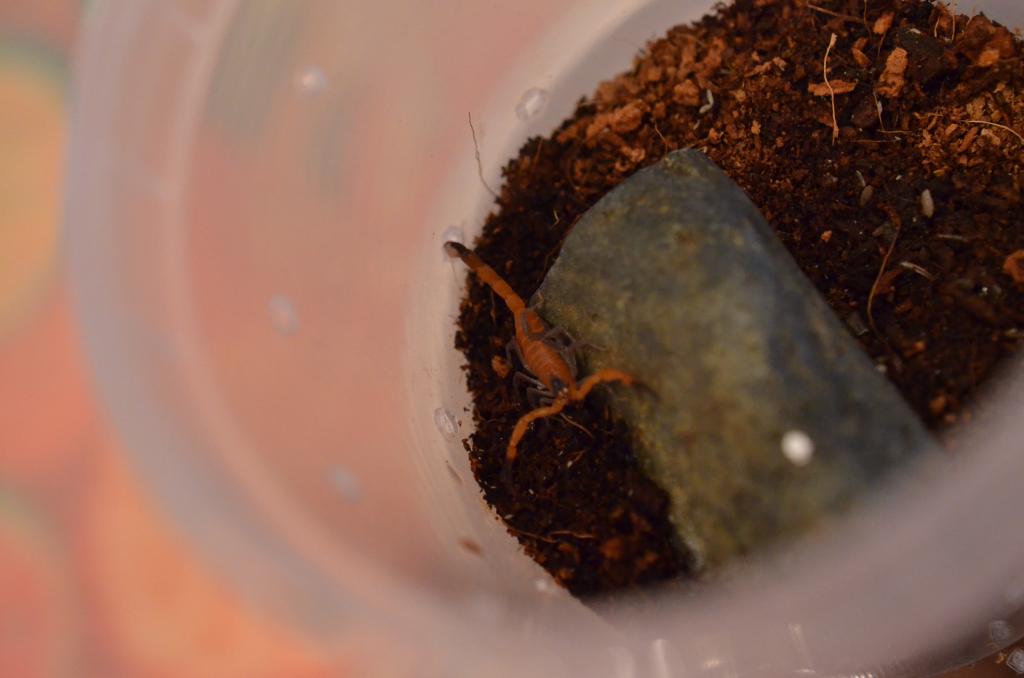 I didn't want to disturb my 5 Euscorpius italicus instar 2, because they are all in premoult, and incredibly tiny

That's all for now! Next year, after I've recovered from the surgery on my right shoulder (to prevent it from dislocating all the time), I'll get more scorps:

0.0.2 Tityus fasciolatus/gaffini/bastosi/magnimanus/forcipula (again depending on the availability)

By the way, my collection has expanded, even though I didn't plan on it

I received 0.0.4 Androctonus mauretanicus, 0.2.0 Hottentotta hottentotta "Burkina Faso" instar 2 (one freebie!) and a Parabuthus transvaalicus instar 2 freebie as well! Also, my Heterometrus petersii female gave birth. I managed to catch two of the scorplings. One of those two died, and I suspect the rest of them to be in their mother's burrow.