A. Mauretanicus help, when will the killing start?

A. Mauretanicus help, when will the killing start?

So I had a large aquarium that I split in two for a male and female Androctonus Mauretanicus.  At least I thought it was split rather well and that they would only be able to surmount the divider when their desire to mate was high enough.  Well one tunnelled right under it and the other walked right over it, rather unsurprisingly.  Anyways point is, they aren't divided and now seem to be sharing one hide even tho there are 4 and one of them made a 5th hide.  They have already mated once I found a spermatophore on a rock but I think yesterday they were mating all day as well because they were both facing each other but I couldn't see if their pincers were locked.  Anyways now they're still in the same hide with an inch of space between them but still looking at each other and one has its claws opened very aggressively.  Will the male keep attempting to mate until the female is pregnant?  Will he stop once she is?  After the female is pregnant will they try to kill each other? 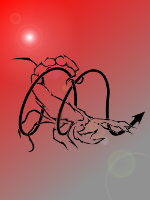 Similar topics
» How do you get business for a start up machine shop?
» SFG Newbie Asks "What's Killing My Tomatoes?"
» When to start seeds?
» Second year - do I start over with soil or use old stuff?
» Newbie in Utah - planning to start this spring!