I haven't really posted anything on this forum, so I figured I might as well share something.

Some of you may have seen this already.

Anyway I ordered a breeding pair of C. nigrescens and a couple Lychas mucronatus slings to be thrown in for free from Vixvy a while back. I received the pair, along with seven free scorps: three A. bicolor slings, one L. mucronatus (one was DOA) and three H. hottentotta back on July 2nd.

This was literally within seconds of putting them in the tank: 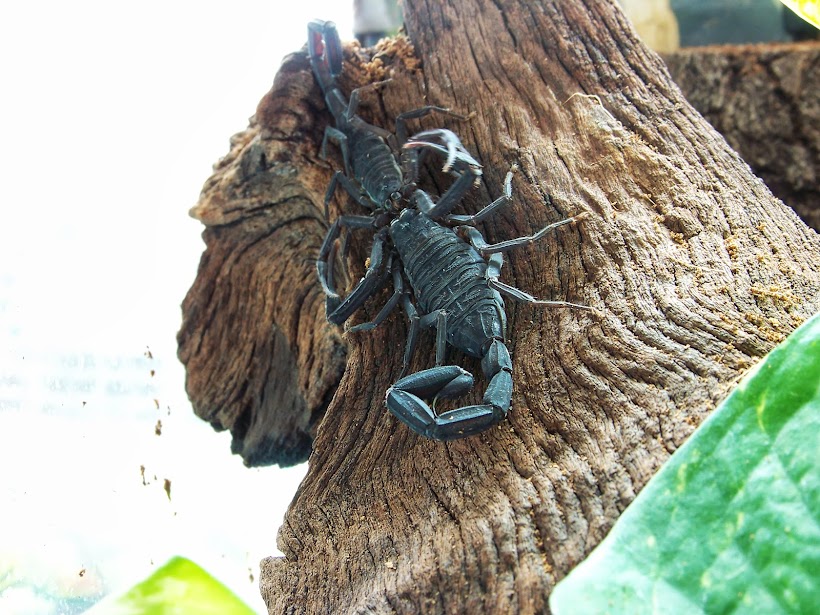 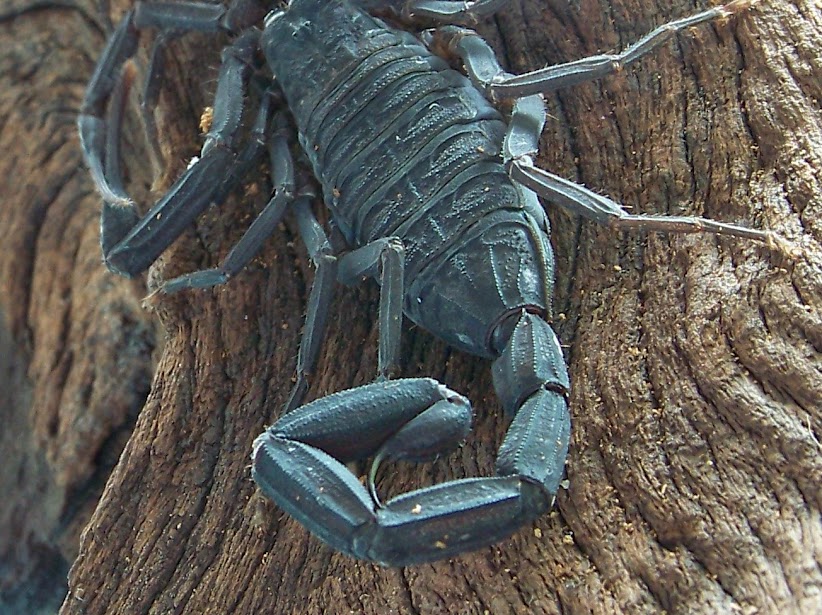 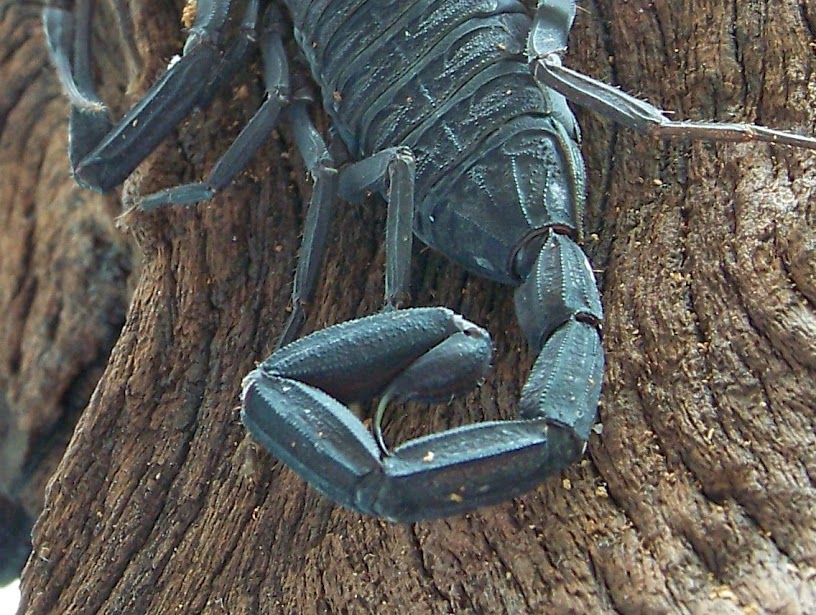 Unfortunately the mating was interrupted by me clumsily putting the lid back on.

In my defense at the moment I was also frantically scrambling for extra containers for the six surprise scorpions Vixvy sent me. therefore I had to put the lid on as I wouldn't have been able to keep an eye on them. Of course, it probably wouldn't have disturbed them too much if I hadn't clumsily smacked the lid into the side of the tank in the process of putting it on.

I didn't witness a successful mating or see any spermatophores until I walked into my room on August 3rd at 4:00 in the morning (I'm a practiced insomniac

) and I witnessed a successful mating.

Great capture for the intense moment you got yourself into. Thanks for sharing.

how do you distinguish if your nigrescens is a male or a female?

Males are comparatively smaller and more slender, while females are larger and more bulky. The male's metasomal segments are also noticeably more elongated.

Man I wish I can find these in the states!!